The Perils of Loneliness

Summer tends to usher in a time of gatherings for weddings, family reunions and the like. It can be an extra tough time for someone who is battling loneliness. And unfortunately, loneliness is a growing trend in our world.

In an essay that ran in The New Republic about the impact of loneliness on public health, Judith Shulevitz reports that one in three Americans over 45 identifies as chronically lonely, up from just one in five a decade ago. “With baby boomers reaching retirement age at a rate of 10,000 a day,” she notes, “the number of lonely Americans will surely spike.”

Loneliness is most often defined as a state of mind. That is, it is our attitude to being alone. Some people love to be alone, and they are never lonely, while others can’t bear to be alone for any amount of time.

John Cacioppo, author of the book, Loneliness, points out that “Being lonely isn’t the same as being alone.” “Lonely people are as likely as anyone to be surrounded by coworkers, neighbors, friends, and family. They’re no less attractive or intelligent or popular. What sets the lonely apart is a perceived isolation, the sense that their relationships do not meet their social needs.”

The numbers of people reporting that they are lonely indicate just how prevalent loneliness is and if the lower marriage and birth rates coupled with the fact that we are living longer than ever are any indication, then the rates of loneliness will only most likely increase at least in the foreseeable future.

Research has proven that for most people, the strongest forms of community are still the traditional ones — a sense of community formed as a result of shared genes, shared memory, shared geography.

Are you aware that since 2000, the suicide rate in the U.S. has risen, particularly among the middle-aged? The suicide rate for Americans 35 to 54 increased nearly 30 percent between 1999 and 2010; for men in their 50s, it rose nearly 50 percent. Did you know that more Americans now die of suicide than in car accidents, and gun suicides are almost twice as common as gun homicides?

Loneliness has a wide range of negative effects on both physical and mental health. The health risks associated with loneliness include: Depression and suicide; Cardiovascular disease and stroke; Increased stress levels; Decreased memory and learning; Antisocial behavior; Poor decision-making; Alcoholism and drug abuse and even the progression of Alzheimer’s disease.

If you or someone you know is experiencing loneliness, don’t just ignore it. Try the following: Embrace aloneness by acknowledging the feeling and choose to first develop a solid relationship with yourself. Reach out to others. Don’t just wait for others to make the connection. Get involved in activities with people with similar interests. Join a support group. Get professional help if needed. Make a decision that it is within your power to not feel alone.
Aya Fubara Eneli is a best-selling author, Christian Life Coach, Motivational Speaker and Attorney. For daily success tips, “Like” her page at www.facebook.com/ayaeneli and join her community of individuals motivated to be their best. For more information, visit www.ayaeneli.com, follow her on twitter @ayaeneli or e-mail her at info@ayaeneli.com. 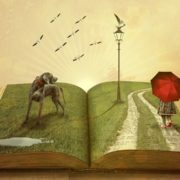 In What Do You Place Your Faith?

America Must Come to Terms with Its Racist History

You Have to Want It: Your Best Body Now

Eliminate Worry or It Will Eliminate You!

Are You Tired of Living Hurt?

Embracing the Complexity of Mother’s Day What can Geese teach us about Leadership and Followership?
Scroll to top